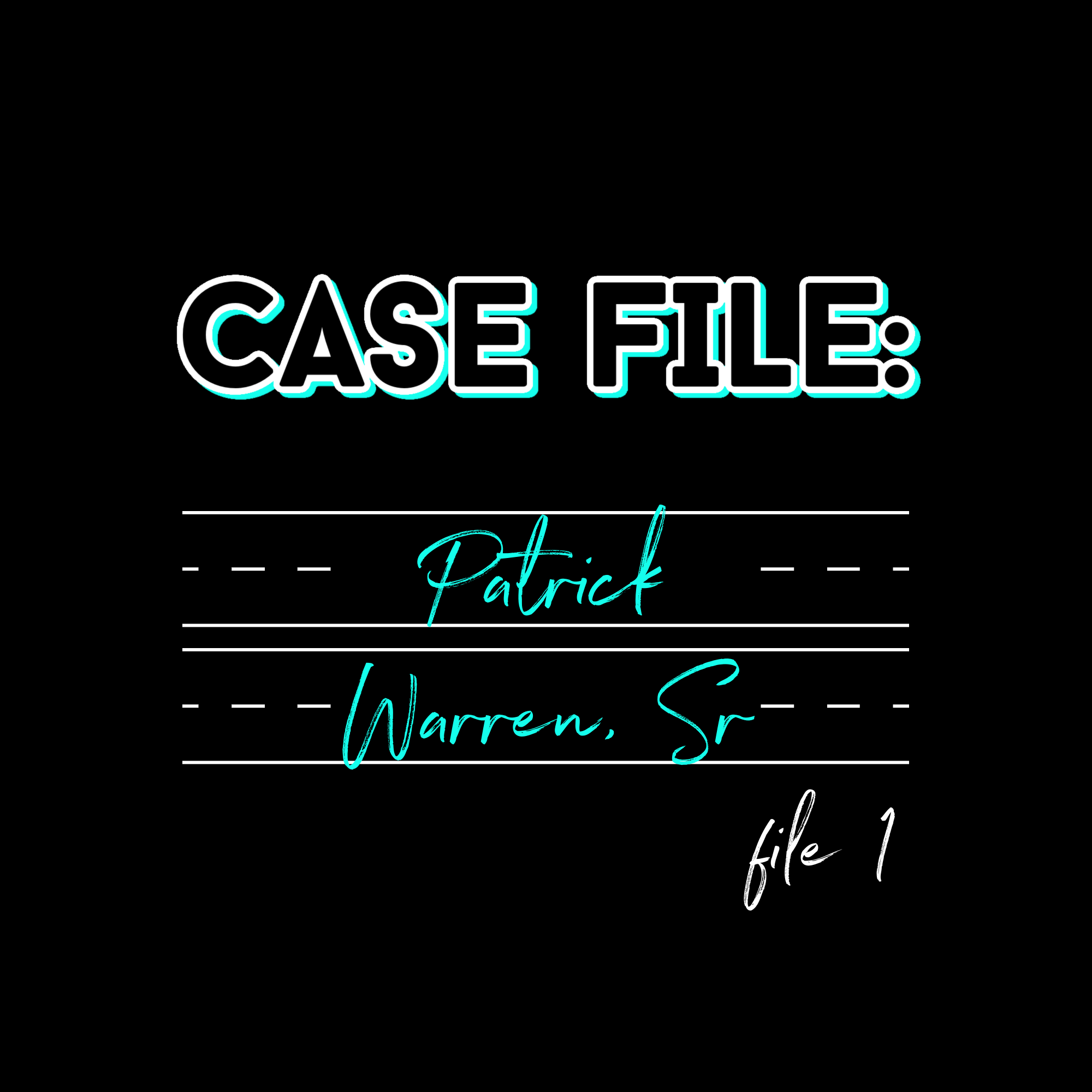 This series will be updated periodically with new information about the case as it becomes available.

Patrick Warren Sr, 52, was a Black man, a pastor, family man, and beloved community member when he was murdered by the Killeen Texas Police Department on January 10th, 2021 during a mental health crisis.

Patrick was at home in Killeen, Texas with his family on January 9, 2021. His family called 911 for help. The crisis intervention trained officer came out to his home and spoke with Patrick. The officer and Patrick spoke for a bit and Patrick began to calm down. The officer encouraged Patrick to be seen ASAP by a doctor and video footage shows him being walking calmly to his vehicle. Patrick was then seen by a doctor and returned home that evening.

The next day, January 10th, 2021 – Patrick again began to exhibit signs of crisis, behaving erratically. So his family called and requested help from the crisis intervention again. The family was told a mental health deputy was not available so a Killeen officer was sent to the home instead. In the footage from the family’s ring doorbell, Officer Reynaldo Contreras comes to the door and is invited inside. A few moments later, he leaves.

The footage shows Patrick coming out of the house just 90 seconds later. He continuously repeats the phrase “take it by faith” and starts walking into the yard at Contreras. The officer is heard telling Patrick, who still has his hands in the air, to get down on the ground, while Patrick’s son yells for them not to shoot. Officer Contreras then tased Patrick to attempt to subdue him. A video from another angle shows Patrick get up from the ground and walk out of the view of the camera. Patrick’s son calls out for him to sit down, followed by the sound of gunshots. “No! I told you! Dont use a gun!” Patrick’s son screams.

Officer Contreras has been with the department for five years. He has been placed on administrative leave as the investigation into the shooting — being conducted by the Texas Rangers — continues. Killeen’s Internal Affairs Unit will be conducting its own investigation into Sunday’s fatal encounter.

Lee Merritt, Warren and his family’s attorney, held a press conference concerning the killing of Warren by a Killeen police officer. Merritt said the officer, later identified as Reynaldo Contreras, was “hostile” and not equipped to handle the situation. Merritt asked that all body camera and dash-camera video be released to the family attorneys and that the officer be fired.

“This is one of the worst officer-involved shootings that I’ve seen,” he said.

“He was not prepared to deal with the mental health crisis. He didn’t have any clear skillsets that could encounter the situation,” Merritt said. “He quickly escalated, almost the entire time, from the moment he entered the house until the moment of the fatal shooting.”

Merritt claimed Contreras “redirected his weapon towards Patrick’s wife” after firing the first shot at Warren, and then “trained his weapon on Patrick’s body and continued to fire his weapon, killing him.”

Please check the show notes for ways to help demand justice and places to donate to the family of Patrick Warren Sr.

As of January 23, 2021, Officer Contreras is still on *paid* administrative leave.

I would like to say before I go, there is now body cam footage from the police officer and I would suggest you not watch. if it’s going to be traumatic for you. But we all have our own thoughts and opinions and you guys can see for yourself.

When more details of the case become available we will put out a new episode.